Earlier this week, Pulitzer Prize-winning journalist Jose Antonio Vargas announced to the world that he is an undocumented immigrant.

The full article is worth a read as it tells his story in a way that captures the complexity of the brokenness of the immigration system. It's honest in describing his struggle to understand why identity is so tied to citizenship by mainstream thinking (it shouldn't be) as well as the help he's received from mentors to maintain his secret. Vargas then channels all of it to pushing the political debate to a more sane and just conversation.

But I am still an undocumented immigrant. And that means living a different kind of reality. It means going about my day in fear of being found out. It means rarely trusting people, even those closest to me, with who I really am. It means keeping my family photos in a shoebox rather than displaying them on shelves in my home, so friends don’t ask about them. It means reluctantly, even painfully, doing things I know are wrong and unlawful. And it has meant relying on a sort of 21st-century underground railroad of supporters, people who took an interest in my future and took risks for me.

Last year I read about four students who walked from Miami to Washington to lobby for the Dream Act, a nearly decade-old immigration bill that would provide a path to legal permanent residency for young people who have been educated in this country. At the risk of deportation — the Obama administration has deported almost 800,000 people in the last two years — they are speaking out. Their courage has inspired me.

The students mentioned were the walkers involved with the Trail of Dreams project: Felipe Matos, Gaby Pacheco, Carlos Roa and Juan Rodriguez. They, along with countless other DREAMers across the country, have spent the past few years dragging the political establishment kicking and screaming toward justice for migrant youth through passage of the D.R.E.A.M. Act, which stands for Development, Relief and Education for Alien Minors.

Watching and supporting the DREAMers in action has been a personal education for me as a migrant/human rights advocate because it has taught me the humbling lesson of privilege that I possess as a U.S.-born citizen.

When I started blogging in early 2005, there was little information (at least at the sites that I visited), with respect to the militarization of the U.S./Mexico border region and the racial profiling of Latinos. I felt an obligation to share my experience as a mestizo who always conveniently got extra attention from law enforcement; plus it also allowed me to celebrate my indigenous culture that was & is under assault by a 21st Century Conquistador Mentality.

Last summer, the DREAMactivists began organizing a series of civil disobedience acts to raise the political stakes on lawmakers who deserved the heat. Senator McCain, who has betrayed his former colleague and friend Senator Kennedy with lunacy, had his office taken over with a sit-in. I attended the vigil outside of the Pima County Jail on the night of the students' arrest but was able to drive four minutes back to my comfortable home and life after it was over.

The DREAMers don't have that luxury; nor can they afford to wait for the political establishment to grudgingly toss them crumbs of justice.

National migrant advocacy groups and allied lawmakers have resisted the leadership that the students have provided. Rep. Luis Gutierrez called their tactics a waste of time as recently as last November, yet he is seen as their biggest advocate in the House. On the Senate side, Majority Leader Harry Reid was pressured at Netroots Nation in 2010 by the scariest sight to any lawmaker afraid of a mustard seed-worth of political courage: students in cap and gowns.

In the words of Matias Ramos, one of the silent protestors:

Yahaira, Lizbeth, Prerna and I understand the political gridlock that causes not only the DREAM Act, but most legislative proposals to be stuck in the current Congress. We have seen the obstructionism to all parts of the agenda, and felt the heightened rhetoric against immigrants seep into the national conversation. But regardless of all these things, we wanted our silent presence to let Reid know that we expect more from him at a time when the story of undocumented immigrants is so often distorted.

The DREAM Act failed to pass in the lame duck session of Congress last winter despite the efforts of Senator Reid to push it through. The President called it his "biggest disappointment" of the session; but for the DREAMers and their now most prominent face, Jose Antonio Vargas, a question remains:

Why the delay in relief while deportations increase?

Until that's answered and resolved, migrant communities and their allies are right to call out lawmakers, regardless of party affiliation. This about their lives & livelihood and it's time for the Beltway to listen to their stories and ponder what it means to be American. 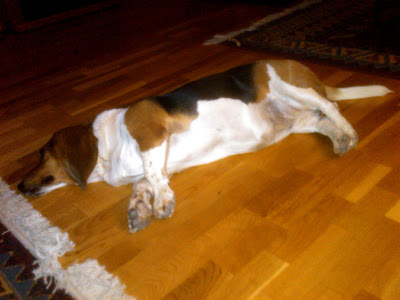 Apologies for sleeping on the job the past few months
Posted by Unknown at 9:33 AM 1 comment:

Georgia Peaches Rotting on the Vine

From the department of Be Careful What You Wish For:

It might almost be funny if it wasn’t so sad.

The resulting manpower shortage has forced state farmers to leave millions of dollars’ worth of blueberries, onions and other crops unharvested and rotting in the fields. It has also put state officials into something of a panic at the damage they’ve done to Georgia’s largest industry.

To point out the obvious, racism has played a heavy role in the crackdown as the demographics of the South shift to a more mestizo hue. Just ask U.S. citizen Marie Justeen Mancha.
Posted by Unknown at 11:12 AM No comments: 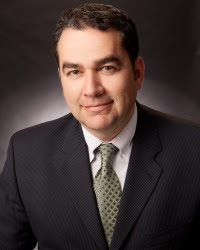 The Progressive Change Campaign Committee issued its first endorsement of the election cycle to New Mexico State Senator Eric Griego, who is running for the District 1 spot in the Land of Enchantment. The seat is being vacated by fellow Democrat Martin Heinrich as he makes a run for an open Senate seat in 2012.
PCCC's mission "works to elect bold progressive candidates to federal office and to help those candidates and their campaigns save money, work smarter, and win more often. We also advocate for bold leadership on the most important and pressing causes."

The endorsement of Eric Griego falls in line with that mission and philosophy. In his campaign announcement, Griego calls out the broken and failed policies of the conservative movement that has crashed the country into our current deficit ditch. He is filling a void in the political debate that openly advocates for government to have a role in the life & livelihood of the people. Grover Norquist's bathtub won't be drowning anyone's dreams if Griego is elected.

Via the New Mexico Independent

“The conservative Republicans running the U.S. Congress have declared war on working families,” Griego said in a statement announcing his decision. “They want to privatize and ration Medicare for seniors, gut Medicaid for the most vulnerable children and families, and change the promise of retirement with dignity for Americans who have worked their whole lives. We need a Congressman to be their voice and champion on Capitol Hill.”

Griego is a politician who comes from the non-profit world of grassroots social advocacy. He is the Executive Director of New Mexico Voices for Children, which proves that he gets it that trickle-down economics is an utter failure. We need to put more people on the Hill that can generate a bottom-up demand for economic stability and justice for the working poor and middle class.


PCCC reports that it raised $3 million in the 2010 election cycle and has set a goal of $3-$5 million for 2012. As of the writing of this post, they have raised $8K of the $10K preliminary goal for Griego's candidacy. You can help pitch in at this link.
Posted by Unknown at 9:47 AM No comments: