Beware the Seductive Sinfulness of Univision 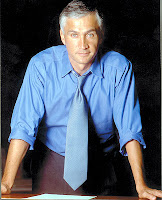 Public Service Announcement
You and your family are in grave danger. Thanks to the intrepid research done by no other than Governor Arnold Schwarzenegger of California, it has been revealed that cerebral functions are adversely affected by radiative rays emanating from the least-likely of sources:

Gazing for long periods of time will severely diminish one's ability to contemplate any English spoken, written or acted out in a friendly game of charades. Side effects of regular exposure include overuse of the hips during dancing, Tourette Syndrome-like actions that cause the victim to yell gritos in public spaces, and an insatiable hunger for salsa that doesn't come in a can.

It is imperative that you alert everyone and anyone to this virulent pathogen of anti-assimilation disease. The future of the No Child Left Behind Act is dependent upon your vigilance.
Posted by Unknown at 9:18 AM