I can't help but smile. There's a lot going on with the vigilantes this week. Their multi-faceted leadership spat is being battled out in the courts, along with some concrete action by law enforcement to ferret out the ways these nativist movements are fertile ground for hate crimes and human rights violations.

San Diego Police served the leader of the San Diego Minutemen, Jeff Schwilk, and another prominent member of the group with search warrants on Wednesday. The warrants were granted in connection with vandalism at a Rancho Penasquitos migrant camp. KPBS reporter Amy Isackson has details.

It's important to understand the context of this investigation. The Minutemen are actually two separate groups that underwent a schism between founder Jim Gilchrist and prominent leader Chris Simcox. This formed the Minutemen Project and Minutemen Civil Defense Corps.

Now, here's what Simcox has to say about the founder of the Binocular Brigade and the reason for the separation

(A)fter two weeks of the Project, Jim had created a situation where people were running around crazy at the Bible College. It was to be a campus where volunteers stayed while participating. It was one of three sites I had selected. The Bible College soon turned into an armed compound with snipers on the roof and a cult of Gilchrist followers who were violating the SOP (standard operating procedure) at every turn.

It was time to clean it up. I contacted the county sheriff' department and the FBI, and decided to go in and take over management of the Bible College. The entire supervisory team backed me up and we removed Jim from authority, sent a bunch of people packing, and regained control of the Bible College.

Jim was ... just lapping up the media, that's all he cared about. He lost control, and control was taken away from him. We had no choice because the future of the movement was hanging in the balance.

All of this brouhaha was occurring in the wake of an unsuccessful bid for congress by Gilchrist. Simcox had some thoughts on that too:

I packed up my family and lived in OC for 42 days helping him right the ship of the campaign after it imploded. People were fired and quit. The campaign was in shambles, and I was asked to come in and help organize and right the ship.

I still had influence over Jim in that I know how to calm him and keep him focused. When I arrived at the campaign office, I realized he was too far gone and that (Stephen) Eichler and (Deborah Ann) Courtney had also figured out how he worked. They had him in the palm of their hands. They stroked him continuously with, "You are the greatest!" and "You are THE Jim Gilchrest!" They created a sense in him that he was a legend.

So, what's this trial all about? I know you'll be shocked, but it's money.

Coe and two other directors of the Minuteman Project tossed founder Gilchrist out of his official post in a January mutiny and took control of the organization's primary bank account. Gilchrist then sued the trio, saying they lacked the authority to take over.

On Wednesday, a Superior Court judge will consider Gilchrist's argument that the group and its assets should be returned to him. But restoring the movement's momentum is another issue altogether, as bickering over financial accountability has tarnished the effort's public image.

"It's more damaging than anything (opponents) could do," Gilchrist said. "Not just for our organization, but for the movement across the nation. It's not mortally damaging, but it's going to be seriously damaging for a year or so."

Allow me to a light a candle hoping so.

Now what about these search warrants? You may recall back in January, this incident was (marginally) reported. Of course, Indymedia was all over it

More than a half dozen migrant camps in the Rancho Penasquitos area have been vandalized in the past week, leaving many of the camps’ residents without clothing, blankets, or shelter.

In all cases, intruders entered the camps while the migrants were away and used knives or scissors to slash tents, tarps, and bicycle tires, slit open sleeping bags, and cut up blankets, shoes, and clothing. Many of the damaged items were new, some with the tags still attached (see accompanying video).

The camps’ residents who were interviewed asked not to be identified, but one said that even his pencils had been broken in half. He said he “just can’t fathom the hearts and minds of people who would do something like this.”

Eyewitness tips led to the search warrants being executed this week against the SD Minutemen leader Jeff Schwilk and one of their members, Christie Czajkowski.

To provide a cherry for the top of the schadenfreude sundae, those two are also battling it out in the courts.

After hearing testimony from Schwilk and Czajkowski and reviewing documents they submitted, Superior Court Judge Laura Parsky eliminated the temporary restraining order and declined to grant Schwilk a permanent restraining order against Czajkowski. Parsky ruled that Schwilk had failed to prove by clear and convincing evidence that Czajkowski had committed unlawful violence, made a credible threat of violence, or engaged in a willful course of conduct that seriously alarmed, annoyed, or harassed Schwilk without a legitimate purpose for her actions.

The Feb. 4 incident that occurred at Schwilk's home also is the basis for a new lawsuit that Czajkowski filed Wednesday against Schwilk.

Czajkowski alleges in the lawsuit that Schwilk "beat, struck, punched, dragged and battered" her, and she is seeking $700,000 in damages.

Schwilk said the lawsuit's allegations are "lies and false statements." Two others involved with the Minutemen were with Schwilk at the courthouse and said they witnessed the Feb. 4 incident ---- Mari Hayden and a man named Daniel who declined to give his last name ---- said Thursday that the actions alleged in the lawsuit did not occur. 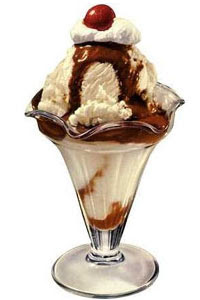 [UPDATE] Here, have some sprinkles too

A local Minuteman leader whose home was searched by San Diego police Wednesday has now been sued for defamation, along with an associate.

The suit, which includes a Web posting and e-mails allegedly written by the defendants, says that Schwilk and Carney repeatedly referred to Yoon in e-mails and on the Web in vulgar terms.

Neither Schwilk nor Carney could be reached for comment yesterday.

In the lawsuit, one Web posting attributed to them shows a photo of Yoon surrounded by day laborers, with the text insinuating that she is a prostitute: “She really is popular or very inexpensive. (Hey Joe . . . Five Dolla-Five Dolla),” the text reads.