They needed a helicopter? 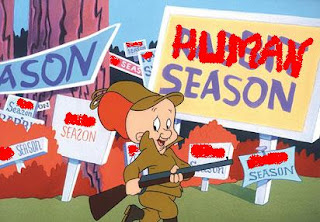 I'm surprised they didn't gas him too.

Across town at Coronado Crossing, Manuel, an electrician from Douglas who declined to give his last name, was installing wiring at a new home when three Border Patrol agents, three ICE officers and a man in civilian clothing pulled up in unmarked vehicles.

The officers were armed and accompanied by dogs, Manuel said, and one Border Patrol agent wore a mask. A helicopter circled overhead.

Manuel and a companion were asked to show ID, and when they checked out, the officers left.

linkage (all emphasis mine. hat tip to AZ Congress Watch)

Thankfully, though, the Democrats took control of that Congressional seat last November so we can count on the full support of CD08's Representative to denounce these tactics that divide families.

In Washington, U.S. Rep. Gabrielle Giffords applauded the raids in Sierra Vista while reiterating her call for comprehensive immigration reform.